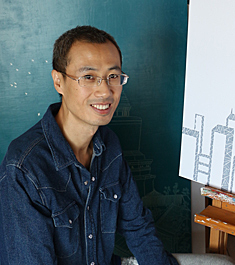 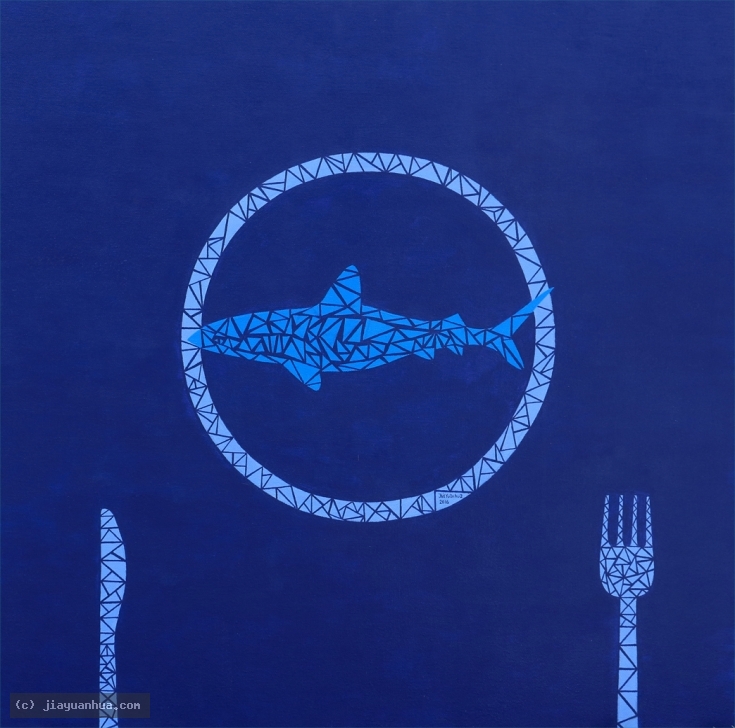 Symbiosis No.9
Marker / Acrylic
80cm X 80cm
2016
Triangles are the most stable geometric figures. But objects composed of triangles often give people a sense of fragility.

This work uses this psychological effect to warn humans that hunting sharks in order to eat a bite of shark fin will seriously damage the marine ecological balance.

Did you notice that the knife and fork are misplaced? Yes,
because eating shark fin is a stupid and wrong behavior of humans.